Study tour “Good examples, practices and further development of value chains in tourism sector in “Sharra” cross-border region” will be held from 22-24 October 2018

The Sharra cross border region is positioned in the center of the Balkan Peninsula, occupying territories belonging to Macedonia, Albania and Kosovo*. The name Sharra of the cross-border region derives from the Sharra Mountain – a largely undiscovered gem for most visitors and a cherished dwelling place for local inhabitants. The Sharra cross-border region, homogenous in natural, cultural and Socio-economic characteristics, includes two Municipalities from Macedonia – Jegunovce and Tearce, three from Kosovo* – Dragash, Strpce and Prizren, and the district of Kukes in Albania.

The mountainous area of Sharra region elevates from 300m above sea level to 2,764m at the highest peak. The Sharra region distinguishes itself by its high-mountains, eco systems, genetic resources, local endemism, and more than 2000 species of indigenous flora and fauna. The flora includes high-altitude forest-belts of oak, beech and spruce, and the fauna includes rare species of birds, bears, wolf, lynx, wild rabbit and fox. The first impression of visitors to the Sharra region, is unquestionable the picturesque landscape, the  almost snowy Sharra Mountain standing proud and glorious, the attractive valleys clothed in forest and pasture, the river and glacial lakes diverse and beautiful.

Rich historical and cultural setting and changing influences over centuries have left a trace on the region’s architecture. Architecture from the Roman, Byzantine and Ottoman eras can be seen alongside that of more modern times. Ancient fortresses, mosques, churches, tekkes and traditional houses make up this rich architectural mosaic. The region is well known for the famous crafts works and old masters who have produced unique Works of art for centuries – filigran craftsmen, sewers, patternmakers, silver workers, blacksmiths and leatherworkers who are proud of their skill that dates back to prehistory.

Tourism plays an important role on regional and local development nowadays, due to the region’s beautiful nature and rich cultural and historical heritage, accompanied with numerous activities that enable exploring the area such as hiking, skiing, hunting, cycling and many others.

The aim of the study tour is to connect the stakeholders involved in tourism sector from “Sharra” and “Prokletije – Bjeshket e Namuna” cross-border regions, to present “Sharra” touristic potentials, share of ideas and exchange experiences and good practices, for improving rural development in the cross – border regions, as well to strengthen the cooperation between different actors from rural areas and further development of value chains in tourism sector in “Sharra” cross-border region.

The study tour is organized and supported by the Regional Rural Development Standing Working Group (SWG) in South-Eastern Europe within the European Union funded project: “Regional cooperation and networking in the field of agriculture, rural and economic development of cross-border areas”. 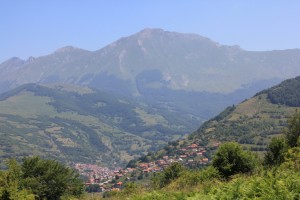 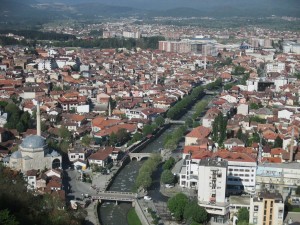 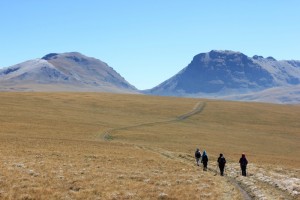